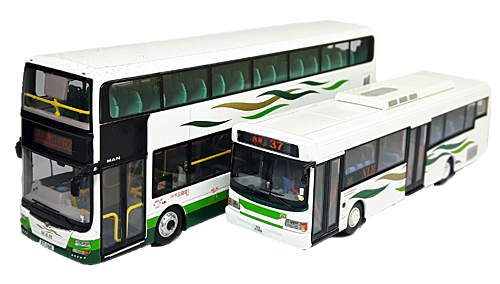 The New Lantao Bus Company (1973) Limited, known as New Lantao Bus or NLB, is a franchised bus company operating on Lantau Island in Hong Kong. As the name implies, it was formed in 1973 through the merger of three bus companies which were operated by residents of the Lantau Island, and became the third franchised bus company on 1 April 1974. NLB became a subsidiary of Kwoon Chung Bus Holdings Limited in January 1992. The company's franchise was extended from 1 April 1997 to 31 March 2007.

Before Tung Chung Town was built, almost all of NLB's routes would terminate at Mui Wo. During that time most of its routes were focused in connecting smaller villages, as there were no major towns in Lantau at the time. Currently, there are more routes terminating at Tung Chung and many of the routes that previously terminated in Mui Wo have been discontinued.